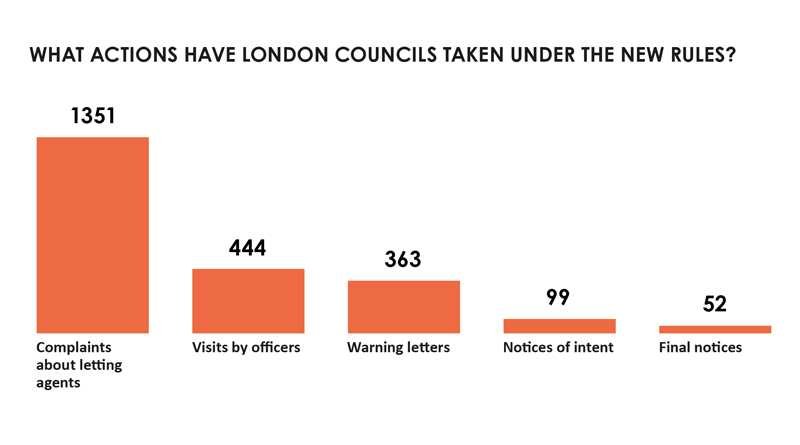 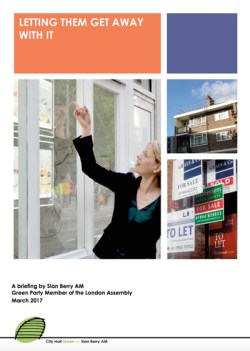 My new report, published today, shows that rules for letting agents are being routinely flouted.

The research shows that rogue agents enjoy a very low risk of facing any penalties from councils in London.

It looks at the enforcement work done by London councils since new rules on displaying letting fees and membership of deposit and redress schemes were introduced in May 2015. And the results show that less than one third of complaints made were acted upon.

Despite 1,351 complaints made to councils about letting agents, only 444 visits were made by trading standards officers, just 462 warning letters were sent and only 52 final notices were issued.

Only four councils – Islington, Camden, Newham and Kensington and Chelsea – have issued any fines to letting agents. Only £66,000 was received in fines and nearly two thirds of this (£42,000) was taken in by one council – Islington. 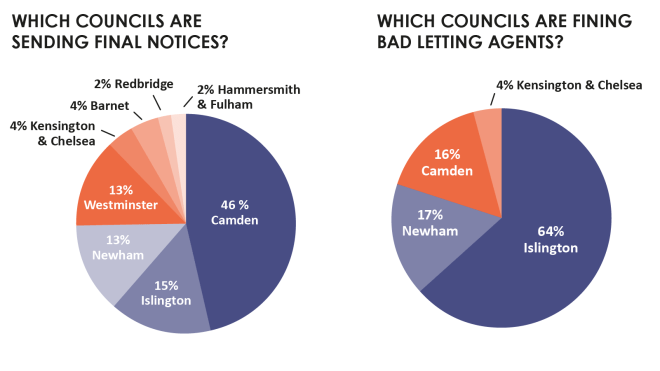 Rules saying fees must be displayed are clearly not enough. This work shows councils aren’t able to enforce them effectively so an outright ban on letting fees is sorely needed.

Everyone who rents knows horror stories of last-minute charges or hidden fees added by letting agents. We need to stop these unjust costs that hit people at their most vulnerable when they are worried about securing their home.

The Government is due to consult on plans to follow Scotland and bring in a ban on letting fees to tenants, and I hope they will look at this evidence and stop the exploitation of renters when they can least afford it.

The Mayor has also promised a database of rogue landlords and, in response to my questions, to look at including dodgy letting agents in this too. These measures can’t come quickly enough.

Tackling rogue letting agents was a top priority of the 1,500 Londoners who responded to my survey of renters last year, so they must be properly policed. 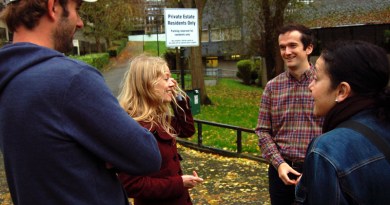 Condemning social cleansing: I pledge not to demolish estates in London 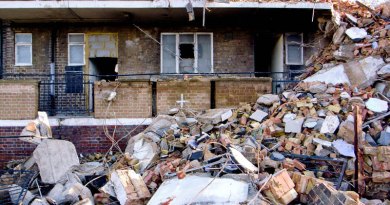