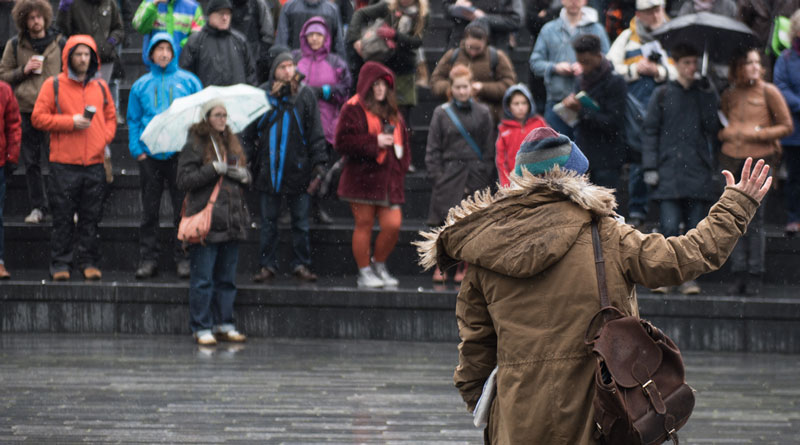 Since 2017, when the Assembly passed my motion to make sure new privately owned public spaces are not run with draconian rules, we are still waiting for details of the Mayor’s promised new policies.

At MQT on 15 October, I tackled the Mayor about the three year long delay in publishing the Public London Charter to prevent new public spaces excluding Londoners and their rights.

“Please forgive my frustration on this issue, because the Assembly has been waiting for for three years since we passed our motion, and two years ago in response to question 2019/0272 you promised that it would be policy alongside the London Plan, and yet we still only have this draft document, which is not policy. It is full of the word “should”. It is not a policy that can actually be enacted. So i’m very frustrated about this. To cut a long story short Mr Mayor, would you like me to draft a policy for you for consultation on this and cut out the middle man?

“Because I swear the Assembly Members here who voted for that motion three years ago could have written this policy for you, based on existing research and experience from Londoners, and got that through consultation, and got it into the position of being published alongside the London Plan, which is what your answer to my 2019 Mayor’s question says.”

In 2019, the Mayor promised in reply to a written question from me that the Public London Charter, setting out new rules for how to govern public spaces, would be ‘published’ alongside the new London Plan.

Our work, including the Assembly Motion, has been successful in getting new policies into the Plan, requiring developers to follow supplementary planning guidance set out in the promised Public London Charter. These new rules should prevent landowners (like the company that owns the land on which City Hall itself sits) from setting arbitrary rules stopping anything from protests and photographs to children playing in their spaces, with no democratic oversight or transparency.

I helped organise a protest about this in 2016 and have long campaigned on this issue.

Now, despite the London Plan being ready for publication since December 2019, we still only have a very light ‘draft’ charter, which is little more than a discussion document that proposes no detail of how planning rules will be used at all.

In technical terms relating to the London Plan, ‘publish’ means when the Secretary of State signs off a final document, but since the Mayor sent his ‘Intent to Publish’ London Plan in over eight months ago, the Plan could have been published at any moment since then, while the Public London Charter consultation has not even started. This is another example of the Mayor dragging his heels on his promises.

My frustration is clear in this clip below and I hope this will prod the Mayor into getting on with producing something more substantial very soon.