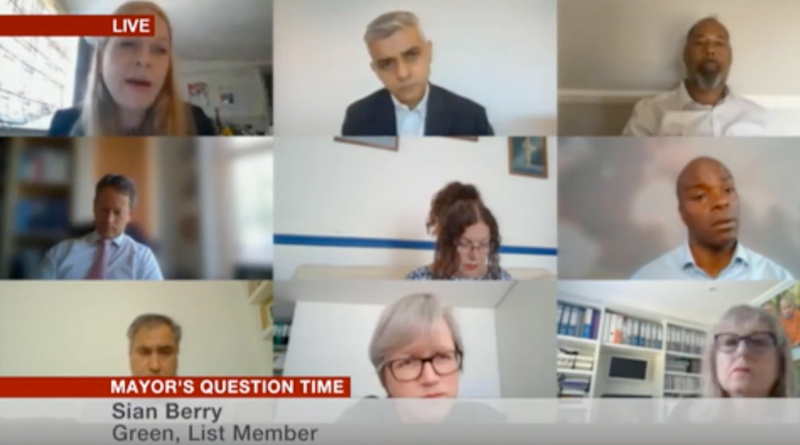 Londoners unable to pay mounting rent debt were refused a lifeline by the Mayor today when I asked him to support policies to cancel rent arrears built up, by people suffering from the fallout of the coronavirus crisis.

At Mayor’s Question Time today, I asked the Mayor three times whether he would join me, and housing campaigners like the London Renters’ Union and the New Economics Foundation, in supporting a policy that forgives any rent arrears built up in this time, requiring landlords to claim for support instead.

I also asked about the number of people still street homeless in London, and the Mayor admitted that between 400 and 800 people are still sleeping rough each night in the city.

I and the Mayor both agreed that Government needs to continue and increase funding for emergency accommodation schemes started in March. The Mayor revealed that rough sleeping accommodation and support, mainly in hotels, has so far cost the GLA over £20 million, with even more spent by councils.

However, the Mayor stood firm on previous statements that asked renters to pay back arrears from the crisis period.

“I’m really worried that we are going to see more and more people flowing onto the streets as they cannot pay their debts. The Mayor said this is already happening and homelessness charities have said they are ‘busier than ever’.

“The Mayor’s advocacy on behalf of London’s renters has not included asking rent arrears built up in the months of the crisis to be forgiven. He supported renters and argued against evictions today, but I am so disappointed that he maintained his position that renters’ debt should remain in place for years after this. That is fundamentally wrong.

“The correct principle is not for renters to bear the burden of the crisis for years into the future. Instead, Government should provide support for small landlords who are in need due to lost income, in the same way it has for other small businesses. I put this proposal to the Minister for London yesterday.

“I hope the Mayor changes his mind and joins me and housing campaigners to press the Government to treat London’s renters fairly and prevent thousands of us from struggling with debt for years into the future.”

Watch my questions to the Mayor here:

I have previously said that two essential measures are necessary on top of the Mayor’s proposals to make sure renters are treated fairly:

Extend the eviction ban – do not lift it in June.

Lifting the ban on court proceedings risks a wave of new cases, even with the new protections the Mayor proposes. Many people will still fall through the cracks of this new support, including many in precarious work who cannot prove their loss of income is a direct effect of coronavirus. Extending the ban on evictions will give time for proper support to be put in place that does not create gaps and risk people losing their homes unfairly.

Increasing housing benefit rates and income support to levels that cover rents is necessary, but the early stages of the crisis have seen many renters building up arrears as debt to their landlords. They are being expected to put in place repayment plans at the worst possible time. The right way to approach this is to put the onus on Landlords by cancelling all arrears build up so far and requiring landlords to claim back from the Government for arrears accrued during the crisis, while also increasing benefit levels to cover rents in full for those who have lost incomes.