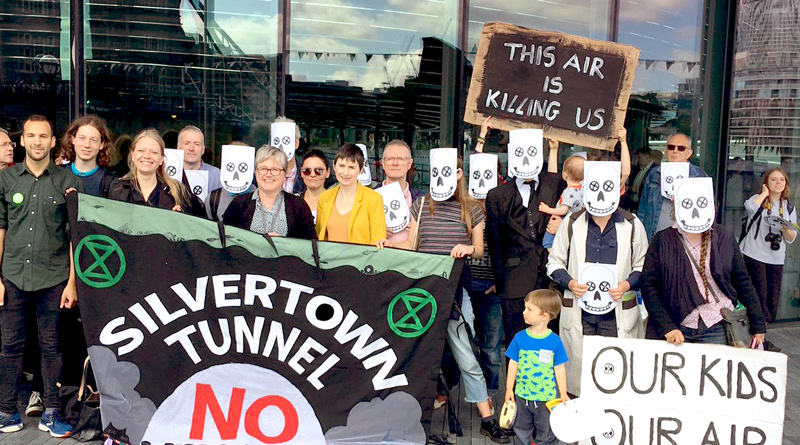 The Mayor of London has committed Londoners to paying £65 million a year for a quarter of a century for the Silvertown Road Tunnel, my Green colleague Caroline Russell has revealed today.

Last year, Transport for London (TfL) signed a contract with Riverlinx which committed them to the Silvertown Road Tunnel project, but it was only in March after months of requests being stonewalled that the Mayor published the contract in highly redacted form. The entire document on ‘Payment Mechanism’ simply consisted of a contents table and a note stating the details were ‘excluded commercially sensitive information’.

A small, discreet note in TfL’s recently published accounts reveals, along with further commentary from TfL auditors Ernst and Young, a failure by the Mayor to be straight with Londoners on the cost of this polluting motorway tunnel.

The £65m annual cost included in TfL’s accounts indicates that the total cost from 2025 to 2050 could be £1.6bn before including inflation, which even at 1.6 per cent RPI (the current figure for July) would lead to a total payment by TfL of £2 billion by 2050.

It’s clearer than ever that this tunnel project needs to be cancelled.

“The Mayor has not been straight with Londoners. Last year he told us Silvertown Road Tunnel would cost £1 billion, in March it was £1.2 billion, and now we finally see what TfL will actually pay and it’s heading for £2 billion. This is outrageous.

“I have stood alongside many communities in opposing this tunnel which would run a belching, polluting road through the heart of some of London’s most deprived areas.

“The real financial cost has been hidden to avoid further opposition from the public and local politicians.

“When my predecessors on the Assembly first started opposing this scheme in 2012 Transport for London described the cost as being about £600 million, we are stratospheres above that now and TfL will be saddled paying for this, even in our uncertain future.

“The Mayor should have been clear about this cost implication for TfL from the start. As things stand, he should do the decent thing and cancel this polluting motorway tunnel now.”