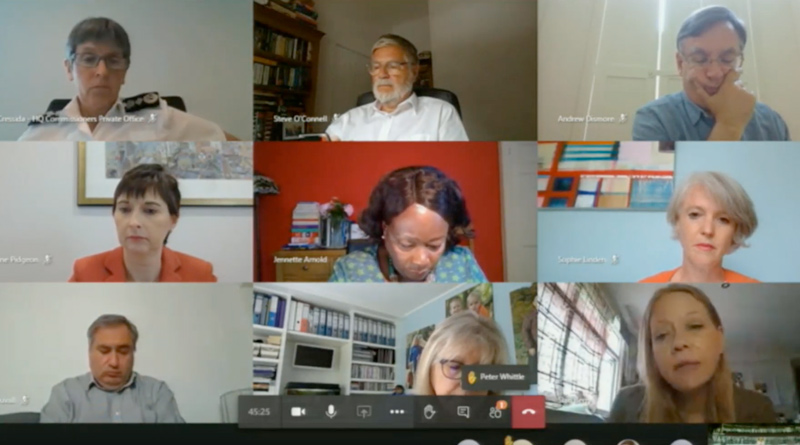 I questioned the Commissioner of the Met Police today, at the first Assembly meeting after new data showed that black Londoners have been much more likely to be arrested or given a fixed penalty notice under emergency police powers.

I am extremely disappointed that the Commissioner did not recognise that the disproportionate number of fines and arrests issued to black Londoners is a problem that requires action and leadership from the top.

I pressed her to say what action she would take in response to today’s figures. Her answer was not good enough. The Commissioner said she has not been acting to reduce bias or improve training, even by reminding officers that they may be acting on their own unconscious bias when interacting with the public.

It is not a coincidence that yet again we are seeing harsh police tactics being used more often against the black community. The reasons behind this must be taken seriously.

At today’s meeting both Assembly Member Jennette Arnold and I were unsatisfied with the response we received from the Commissioner and have asked for further discussion. This issue cannot be swept under the carpet.

Data released today show that black Londoners are more than twice as likely to have been issued with a fixed penalty notice under coronavirus restrictions than their proportion within the population. For arrests this ratio rises to two and a half times out of proportion for black Londoners.

The Commissioner said: “I don’t see, I’m afraid, this data here as extremely, either surprising or as something that people should get… it needs to be seen in context. Less than 2000 tickets, a very small number of arrests.”

When challenged further by my questions, the Commissioner replied: “I do not accept all your premises but absolutely we have been saying to our people, engage, engage, engage, explain, explain, explain… I have not gone back to them and said ‘I am concerned about disproportionality please stop acting in this manner that will lead to disproportionality’ because I don’t see that as an issue that it is appropriate to do this about.”

Summary of data release today by the Metropolitan Police Service, covering the period from lockdown up to 14 May 2020:

Arrests made, breakdown by ethnicity