At policing questions in the London Assembly on 6 July I asked the Mayor if he could use his position to help put a better estimate of the Grenfell Tower losses together.

I asked him to work with families affected by the disaster at Grenfell Tower, as well as the police and fire brigade, to help provide more realistic answers on the potential number of people lost.

The Government and local authorities are no longer trusted by many local residents and the lack of an estimate of the extent of their loss is causing genuine pain to this community.

I asked the Mayor, as the head of the GLA, and as many of the GLA groups have information related to the disaster, to convene the families, the Red Cross, the police and fire service and work with the families to agree an ‘interim GLA estimate’.  The police have said they will not provide any update on their estimate until the end of the year but I think something is needed sooner to help the families and the community.

Although he agreed with my points, the Mayor talked out all of my questioning time with his reply – as you can see in some of the repetition of his points in the transcript below – and so I couldn’t press him further to commit to working on this himself.

However, as the elected head of all the organisations within the GLA, I think this is something he certainly has the power to do, and I believe that the community and families would be happy to have him working on their behalf in this way.

Watch my question here, and the full webcast of the meeting is online here (starts at 3h 3mins):

Below, we’ve put together transcripts of the main points I made and the relevant answers from the Deputy Commissioner and the Mayor.

At the start of my questions I also asked the Deputy Commissioner whether the Met has a new policy of providing better information in the immediate aftermath of incidents, particularly when people have been harmed after being in contact with the police. I hope we’ll see the improved information provided after London Bridge, Finsbury Park and Westminster continue for other incidents too.

“After the Westminster attack, the London Bridge attack and Finsbury Park, the Met’s communications have been much better than in the past. I’m afraid as a campaigner and politician I’ve developed a rule of thumb over the years that whatever the police first say after a major incident, particularly if they’ve been in contact with somebody who has been harmed, is unlikely to be the actual true story. But in these cases the police have been very careful and considered in what they put out. There was lots of information, regular statements and social media was used. So is this a new policy and is this how we can expect all kinds of incidents to be dealt with in the future?”

“Short answer hopefully yes. Particularly with social media hopefully you’ve seen some of the figures. We’re now up to around a million, normal, on our twitter account. We’re now up to around 2 million across all of our accounts. We are very very clear that as important as how you respond to the incident is, how you communicate and what you tell communities… is as important. So we’ve done a lot of work with our internal teams but also with our colleagues in the media… talking about what you can expect, when you can expect things.

“With fast moving communications, almost the old idea of a news cycle is gone. You’ve got to be really clear and careful with your language. So a lot of the work we did as the Mayor said, that we’ve learned from colleagues around the world – post Paris, post Nice, from other events in Europe and elsewhere – is be very very clear about the guidance and advice you are giving the public.”

“I also want to ask about some of the criticism there has been about the lack of a realistic estimate of the deaths that have occurred at Grenfell. I understand the police are in control of that estimate. And I completely understand why the community are – there’s a lot of pain there – and they are crying out for a better number. Is there anything you can tell me about why that number has stayed so low and why you can’t make a better estimate?”

Sian Berry AM to the Mayor:

“The most similar incident I can think of in London is the Marchioness disaster. That pleasureboat sank late at night, it was unknown how many people might have been on it, people were joining the party or had left the party, it was an ongoing complex situation. The families there had to wait more than ten years for a proper inquiry, but I looked at the reports in the news, on the breakfast television just a few hours later. The police were making estimates based on the number of people believed to be on the boat and the number of people they knew to have survived.

“This is a methodology that’s been proposed, and I think, I would like to put this question to the Mayor actually: the police estimate – I understand that there are difficulties – but as the head of the GLA, as many of the GLA group organisations have information related to this. Would it be possible for you to convene maybe the families, the Red Cross, the police, the fire service and work with the families to agree a mutually agreed ‘GLA interim estimate’? Because I think that is possible and I think it would help a lot of people.”

“The point I made at the last taskforce meeting… was that residents don’t believe anything people in positions of power and influence say.”

“I’ll be honest I think they might trust you.”

“The point I made to the police was, there are very good reasons why the Coroner has a legal requirement to actually be precise with numbers dead and their identity. The number currently is 80, those identified around 19. The number of flats there is 129, 23 flats no surviving member. So using the information from 109 flats we’ve got to some figure. 23 flats nobody at all, which is why I impressed upon the government that it needs to reassure those who are worried about immigration status, reassure those who are worried about subletting properties that no action will be taken against them.

“And so what I said to the police was ‘look – I understand why the Coroner needs to be precise but can’t we using telephone logs, using DWP information, using the missing persons posters, say look these numbers we think are those who are missing presumed dead, caveat we have to wait and see what happens.’

“Fifteen tons of debris on each floor. It’s really distressing for those bereaved families, and so the police are looking into whether they can provide more information based upon the caveat, which it is being an imprecise figure. And so the police are doing their best.

“I’ll tell you this though. 250 officers working on it on a daily basis. We provided expertise to tsunami to 9/11 and we’ve got experts from there helping. I’ve seen no evidence of the police trying to hold things back. Colluding in a conspiracy or not wishing to give information.

“But you’re right these families are in distress, the local community is in distress. Residents are really sorrowful, sad, grieving, traumatised, and angry. I’ll be back there again tomorrow. I’ve been there most days since the fire, and I’ll do what I can. That’s the promise I made, even when the cameras leave. to be the champion, advocate and fighter for that community.”

“Thank you and people do just want their people to be counted.” 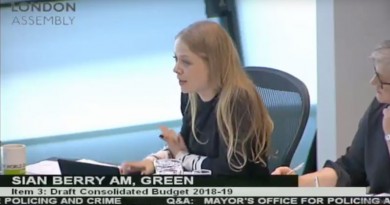 Hope for new funds for youth services with our budget amendment 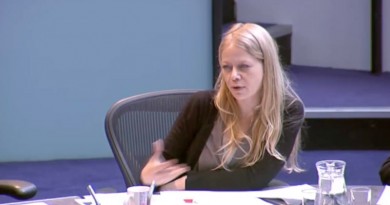