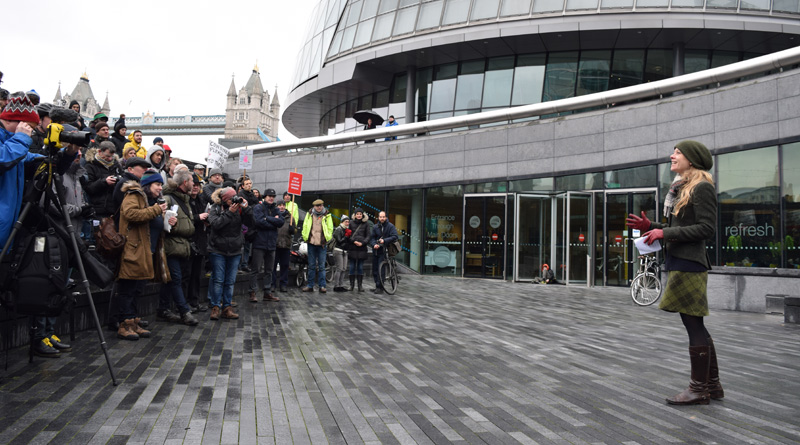 Outside City Hall this weekend, I pledged to restrict the privatisation of public space in London.

Called ‘Space Probe Alpha’, I joined an event organised by academics, writers and performers, including Will Self, Anna Minton, Bradley L Garrett, artist Bob and Roberta Smith, Mark Thomas and Green London Assembly Member Jenny Jones, to take part in a series of activities to challenge the transfer of public space into private hands around London.

At the gathering, I announced plans to introduce new rules within the London Plan which will mean new publicly accessible spaces must be governed by local authority by-laws.

This will not prevent developers arguing for restrictions on types of activity to protect residents and businesses from problems, but will mean that any such rules will need to be formulated transparently and accountably. 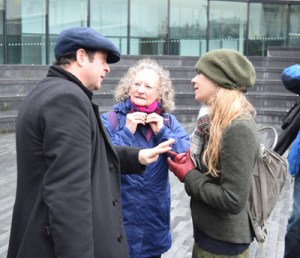 Although City Hall is the seat of the democratically elected Mayor and London Assembly, the 13-acres of the More London development which surrounds it are private, which means that this outdoor ‘public space’ is governed by corporate rules and not the law of the land.

The rules restrict public gatherings, speeches and commercial photography so – while security looked on – our peaceful and orderly group gathered in the ‘Scoop’ to pay each other one penny for photographs, go on a ramble led by Mark Thomas and hear from a series of speakers from campaigns across London to free publicly accessible open spaces from arbitrary private controls. 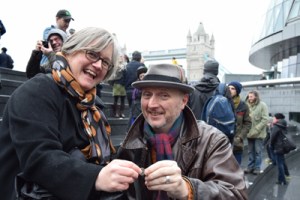 Jenny Jones, told us how it took the Assembly eight years to negotiate with More London so that the politicians could do a TV interview outside their own building.

Will Jennings from the Garden Bridge campaign ‘A Folly for London’ told us how the bridge would take over and privatise currently public space on either side of the river, and Rosanna Thompson spoke about the campaign to reopen the covered Nunhead Reservoir, owned by Thames Water, which was fenced off without warning in 2014.

My whole speech was captured by one of the attendees here

“As more and more of London is redeveloped, it’s vital that public spaces are preserved for the public’s use in the most democratic way possible. I’m proud to support a broad coalition of thinkers, writers and speakers today to show how our rights to access and enjoy public space, including exercising our rights to protest, are being curtailed by arbitrary corporate rules that are not currently able to be challenged by the community. As Mayor, I’ll reassert our right to enjoy and govern the public sphere in the public interest.” 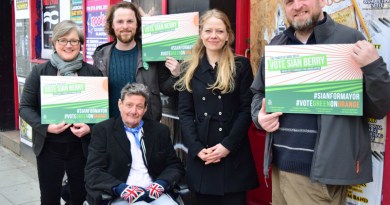 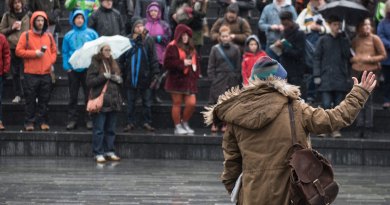 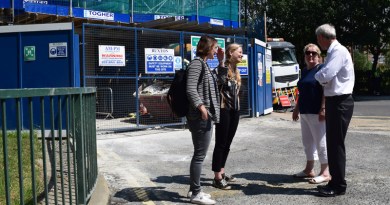