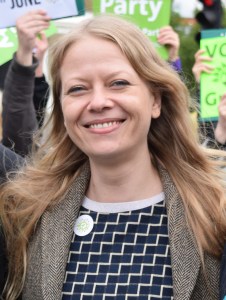 I joined the Greens in 2001 and have always combined electoral politics with campaigning on issues within the community. Until recently I was a transport campaigner by profession, but I’ve done a very wide range of jobs including medical writer, PA in the charity sector and in the City, author and website developer.

I live in Kentish Town and represent Highgate Ward, and I love London. I’ve lived here all my working life and think it’s the most exciting, creative, diverse city in the world, with a world outlook and values that make me proud.

The race for Mayor and Assembly in 2016 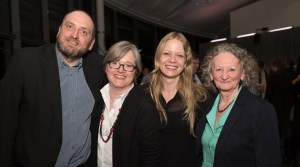 I was selected by Green Party members to be their candidate for London Mayor in 2016 and to stand for the London Assembly.

The London Assembly is an important body holding the Mayor to account – it’s elected by proportional representation and each year approves the Mayor’s budget.

Darren Johnson and Jenny Jones, the two former Green members of the London Assembly, both stepped down in 2016. Their work made vital changes to the policies of both Mayors they scrutinised, and they are hugely well-respected across London.

Getting more Green Assembly members to continue their work was vital and I was delighted to be elected to the London Assembly for the Greens alongside Caroline Russell at this election. 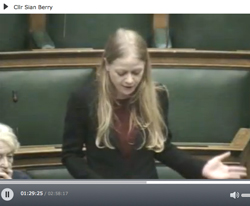 I was elected to Camden Council representing Highgate Ward in May 2014, taking over after eight years from previous Green councillor Maya de Souza.

On the council, I am the only Green Councillor with 40 Labour councillors, 12 Conservatives and one Lib Dem.

As a councillor, I have raised many issues around funding local services and conditions for local workers, particularly the London Living Wage.

I’m also working on getting better planning policies and reducing air pollution, raising this at a London level too by demanding a more effective low emission zone and better facilities for bikes.

I was very pleased when the first motion I put to the council was passed in November 2014, and there is now a £1 million reserve fund to help prevent local community centres and libraries from closing.

I also stood for Mayor of London in the 2008 London elections.

Our campaign aimed to show that green policies make a more affordable city, with lower transport fares, more affordable housing, free insulation to reduce bills and a living wage. We aimed to reach beyond the usual ‘green’ issues and to increase our vote on the London Assembly, while improving on our previous seventh place in the race for Mayor.

Coming fourth behind Boris, Ken and Brian, was a great result – more than one in six London voters gave me one of their two votes, and my candidacy won the endorsement of both the Independent and Observer newspapers for first choice votes.

We increased the number of Green votes by 43,000, keeping our two Assembly Members (unlike the LibDems, who lost votes and two of their AMs).

From 2011 until 2015, my day job was as a roads and sustainable transport campaigner at the charity Campaign for Better Transport.

My work revolved around opposing the government’s many new road-building plans and supporting local communities and campaigns. All the evidence shows that new roads create new traffic and fill up again very quickly. We need clean, cheap and efficient public transport instead.

The power of good ideas

A real plan for new homes

Empowering residents and building an alternative to the big developers Fair fares for all

Fewer zones, flat fares by 2025, and pay once to get to your destination No more delays on clean air

Who can you trust to take care of this deadly problem? Helping private renters help themselves. Funded by and independent of City Hall An energy company for London to power our future needs Keeping communities and the council homes we have intact

A Bank for London

To champion small businesses and build a stronger local economy

Protection from predatory developers for smaller venues and creative spaces Stop our public squares and spaces being run by corporate rules Turn it into a new quarter for homes and businesses Helping young people afford to live and study in London